In June of 2020, I decided to build a new homelab. The goals were simple: open source all of the code, give back to the community, and make sure that as much as humanly possible was automated. Ultimately: Could I build a codebase which allowed someone who wasn’t me to spin up a similar environment rapidly? Or, if my system burned to the ground, could I re-deploy everything within a reasonable timeframe with only the loss of persistent data?

What happened to the old homelab environment 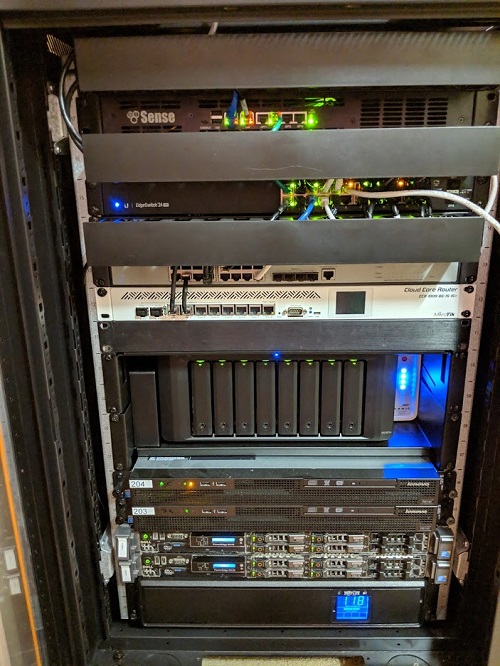 Quick backstory: I sold my last full homelab around September 2019. There were several reasons for that decision:

The combination of those reasons (and more) ultimately pushed me towards selling it and abandoning my previous homelab dreams. It was so much fun while it lasted, but it simply stopped making sense.

Why the major change between the original homelab cluster and the new single-system setup?

There were a few major issues with the original homelab rack that I wanted to fix in version 2:

Those issues gave me three good goals for version 2:

What does the new homelab look like, and why now? 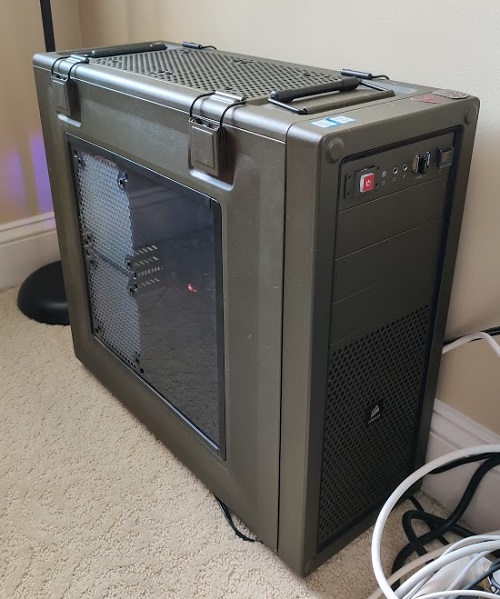 I was able to re-purpose my Gaming PC and set it up as a Proxmox 6.2 hypervisor. The hardware specs for the new homelab are:

The reason I am re-building the homelab anyway is becuase of my new role with Cisco as a DevOps Engineer. With all of the new tooling and logic that I’m working with at Cisco, I felt it was time again to build a homelab that would allow me to better learn and develop on the same or similar tooling as I work on with Cisco.

With that in mind, I have written my entire homelab-deployment project with Puppet Bolt. While many people may have familiarity with Puppet, Bolt is more of an ad-hoc software piece and is effectively Puppets answer to Ansible. While I had built thousands of lines of Ansible in the past, I had not messed around with Puppet too much.

Puppet Bolt is what I have been writing much of my Cisco code for, and in order to have a better understanding of it, I figured what better way than to deploy my entire homelab with it? One caveat that I found is that while learning Puppet/Puppet Bolt, much of the documentation is more reference material rather than examples. Because so much Puppet and Bolt code is normally incredibly environment specific, it does not appear that many people have released a lot of perfectly functional code as example code. Since I had such a frustrating time picking it up with the speed necessary to my job, I figured I would aim to 100% release my source code for my entire Homelab.

What can it do?

Currently, it runs the following applications:

How do you deploy it all?

I have most of a live document up on the Github project for homelab-deployment, but here’s a TL;DR of that document:

Since there did not appear to be anything like it, and I figured it would be a good learning experience, I built a puppet module to control Proxmox. While this is still very much a work-in-progress, it allows two major functions to be automated that can otherwise be annoying:

There is still a lot to do, and I am sure that good chunks of the above can be automated. The goals of this project are really to better understand and learn Puppet Bolt while also providing the community a better place to start learning.