Since my last homelab post, I’ve added quite a few components back into the lab mix. 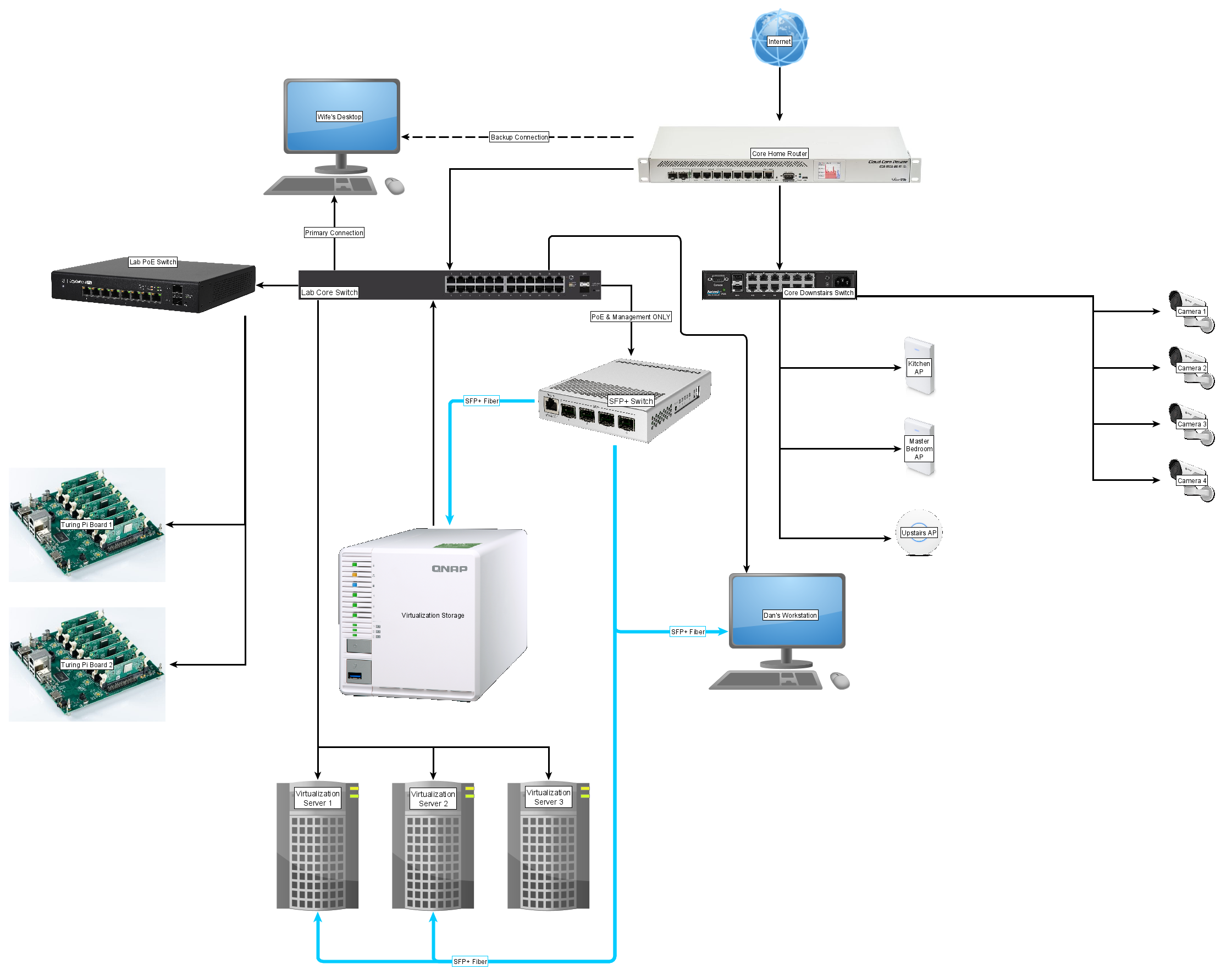 The diagram’s a lot, so here’s a high-level hardware breakdown:

There’s a lot of new hardware here compared to the one Hypervisor with local storage I was running during summer 2020.

What am I doing with it all

With the standard virtualization, I’ve been primarily using it to run various Kubernetes clusters. Between clusters launched with kubeadm, rke, and k3s, it’s been an excellent learning lab environment. Additionally, I’m hosting virtual machines for a Zerotier router, Unifi Controller, and PiHole.

The QNAP TS-332X has proven itself as a surprisingly great little NAS, and the SFP+ connectivity with two of the big hypervisors has been fantastic. I can max out network speeds at nearly 4Gbps, or just about 500MBps read/write on the SSDs, or about 2Gbps read/write on the spinning drives at nearly 250MBps. Initially, I was incredibly skeptical of how its performance might look with a smaller ARM processor, but I’ve been quite impressed with the Anapura Labs Alpine AL324 processor in it.

With the Turing Pi cluster boards, I’m actually hosting this website on k3s. It’s been an absolutely awesome little board. I was happy enough with it to buy a second on when they announced the second batch, and I’m actively working on ways to use it with k3s in more edge-compute scenarios. Honestly, it’s one of the more impressive boards I’ve seen in a long time, and I’m excited to pick up the next version when it’s available.

What else is different?

I’m hoping to have some time in the near future to put together some articles on some of the newer platforms I’ve been playing with; Rancher rke, Terraform, and Longhorn are on the short list.